Whole 'Nuther Thing
What About Bob 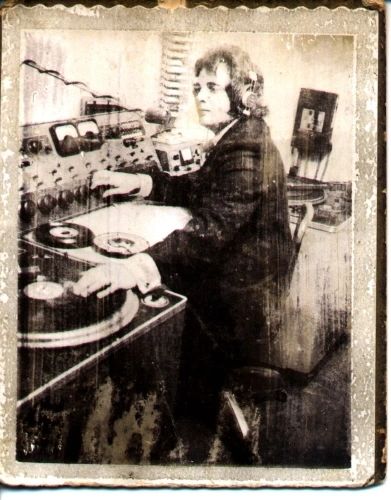 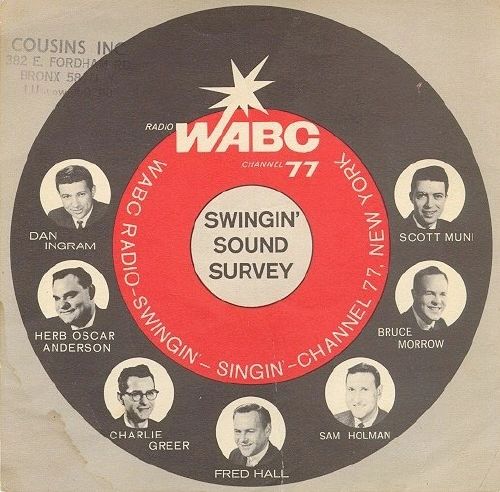 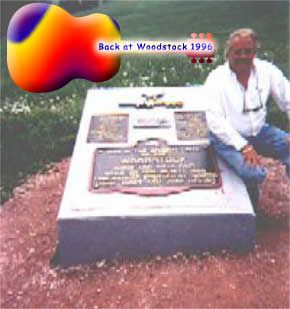 Music is the soundtrack of our lives, and I continually draw from mine to gain inspiration for my weekly programs. I consider myself an "artist" who paints moods from a vast palette of musical colors spanning well over 75 years. I've been blessed with the ability to create a synergy between pieces of music that quite often are from very disparate sources and typically not aired on the same frequency. I started making "Mix Tapes" on 8 Tracks in 1969, perhaps I'm the "Grandaddy of Mix Tapes".

I was fortunate to grow up during the "Golden Age" of Radio and as a result I was exposed to every type of music imaginable. I also had the fortune of growing up in NYC whose melting pot of people contributed some of the most creative and vibrant music found on the planet. My neighborhood was walking distance to Greenwich Village and The East Village, both a fertile spawning ground for the music of the '60's. The sounds of the city included Salsa, Caribbean, Bluegrass, Folk, Punk, Swing, Bop, Garage, and yes, even some Country. These sounds permeated the thick summer air from store loudspeakers and the ubiquitous transistor radios carried by the era's teenagers, a lot like todays youth and their iPods.

I've been a student of Radio Broadcasting since I was old enough to carry around a Transistor Radio in my pocket and often went to sleep with an earphone stuck in one of my ears before iPods made it fashionable. As a College student I was elected General Manager of the Campus Radio station WRFH (Radio Free Hunter) at NYC's Hunter College and 1 year later became Coordinating Director of Network Programming and one of the co-founders of the City University Radio Network. Within a few years I landed my first professional on air gig at WRCN / WHRF on the East end of Long Island and continued to work on a few other stations on the "Island". Gigs in Los Angeles and  Northern California followed. My last stop was WYSP FM "The Quadfather" an AOR Rocker in Philadelphia where I did Weekend Mornings while commuting from Brooklyn, NY. As consultants began to exercise more format control, tighter playlists became the rule and I decided that it would be more important to settle down and "hang up my headphones" My gift of gab and desire to start a family led to my current career path - Sales. I've been a senior manager in Consumer Electronics for the last 25 years, specifically in Mobile and Home Audio so there has always been a connection to music and radio.

Approximately 13 years ago I made a decision to return to my first love, at least on a part time basis, Radio. Being a listener of the local college Radio Station KSBR FM, I enrolled in Saddleback College in Mission Viejo. I proceeded to take the required Communications and Broadcast related courses with the intent of earning an air shift on the station. In January 2001 I was given my first air shift on Friday evenings from 6 till 9 PM and started the concept of "Whole 'Nuther Thing" while doing a Friday program called "The Hole Thing". "The Hole Thing" featured an entire CD of a KSBR artist every Friday evening at 7PM. Instead of playing an entire CD, I sometimes featured one artist and when I moved to Thursdays and eventually Saturdays I took this concept with me, changed the name to "Whole 'Nuther Thing" and added a twist, I began featuring many artists and their music not played on our station or any other for that matter. My artist choices are always made with our diverse audience in mind and the the approval has been resounding. I know you can't please all the people all the time but my knowledge of the artists and the music enables me to put the music together in a way that's not been done before. This is not merely an  hour of greatest hits that you can buy in a store, it's an artists best and often overlooked material put together unlike anywhere else so it's like discovering it for the first time. Listeners responded so well that I was asked by our Program Director to begin putting sets together of lost and largely ignored music without paying attention to it's genre during the entire program. I  describe it as a "Mosaic" and refer to it as "Music Without Boundaries". In April of 2011 I joined a veteran cast of on-air talent (Sirius XM, WFUV, WMMR, CKDO) on Radio That Doesn't Suck.com. where my Saturday show is rebroadcast twice each Monday at 9AM and 3PM Eastern, 6AM and 12 Noon Pacific.

To paraphrase Duke Ellington..."There are only 2 types of Music, Good Music and Bad Music"... I personally prefer the former and that's what you'll hear each and every Saturday Afternoon or Evening depending on where you live.

If you have a favorite "Lost Song" there is a good chance you will hear it one Saturday afternoon between 3PM and 6PM PDT. If not, then contact me and if possible I will get it on for you.

To see what other listeners think, visit the Mail Call page and read some of the comments I've received over the years. Bob Goodman is a NYC native living in Southern California. He started his broadcast career during the Golden Age of FM and continues to share his passion for great tunes with Whole ‘Nuther Thing as his vehicle..

I was born to share my passion and knowledge of music and spin records. I’ve had 2 distinct broadcasting careers with a 20 year break in between. I've been a student of Radio Broadcasting since I was old enough to carry around a Transistor Radio in my pocket and often went to sleep with an earphone stuck in one of my ears decades before Ipods made it fashionable. My on air career started with the Campus Radio Station of Hunter College in NYC where I was elected General Manager and later the Coordinating Director of Network Programming and co- founder of the City University Radio Network. My professional career began on the East End of Long Island, NY at WRCN AM & FM where I eventually became Music Director. I then moved to California with a stop doing overnights at KSRF FM in Santa Monica. Eventually I moved back to Long Island and worked at WLIX AM in Islip. My last on air gig before taking a break was with The Quadfather WYSP FM in Philadelphia, I did weekend mornings. I left because the consultants were slowly removing any artistic freedom we had picking our own music and sharing it with our audience.

Approximately 11 years ago I made a decision to return to my first love, at least on a part time basis, Radio. Being a listener of the local college Radio Station KSBR FM, I enrolled in Saddleback College in Mission Viejo and proceeded to take some Communications and Broadcast related courses with the intent of earning an air shift on the station. In January 2001 I was given my first air shift on KSBR on Friday evenings from 6 till 9PM. I eventually moved to Saturdays and started the concept of "Whole 'Nuther Thing", essentially a mosaic of music without any boundaries and the only criteria being it must be good. With my knowledge of and passion for music of all genres, it was easy for me to put together music from disparate artists and blend them into cohesive and flowing sets. Unlike my first career, I now have the luxury of painting from a palette of 75 plus years. If you have a favorite "Lost Song" there is a good chance you will hear it during Whole ‘Nuther Thing. If not, then contact me and I will get it on for you. As Duke Ellington once remarked “There’s Only 2 Kinds of Music, Good Music and Bad Music” I prefer the former.